Every week for almost a year now I've been listening to Ivan Hernandez and Red Scott's podcast, Boars,Gore and Swords. They 2 comedians who initially started talking about the show but started to read and comment on the books right after. And everything they say is hilarious and golden. I decided to use their banner on their podcast facebook page as a reference and illustrate them.

They really loved it and made it their banner! Lol. Boars,Gore, And Swords Podcast Facebook Page If you guys are a fan of Game of Thrones and the book series, I highly recommend listen to their podcast. They can be found on iTunes as well. 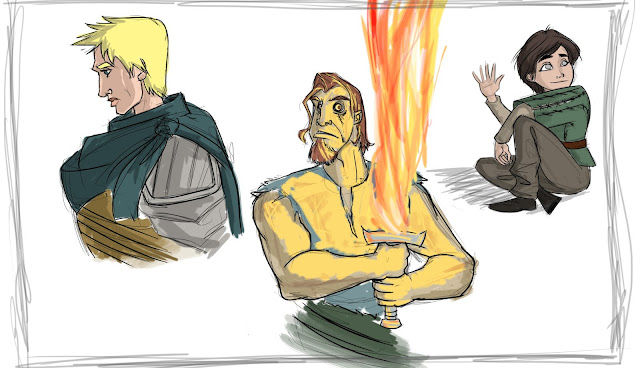 I love the show, don't get me wrong, but the problem with it is, when you're reading, you see the characters in your mind, but since the show started, I've been replacing those images in my head with how they look on the show. Still looking forward to Beric Dondarian though. They showed him in season 1 but I'm sure they will recast him. I just hope they don't downplay his flaming sword like they did Stannis's flaming sword.