Here are pieces i did of characters from a book series i've been highly obsessing over for the past 2/3 months. The book series is called, A Song of Ice and Fire. I was turned onto this from the tv adaptation that HBO put out of the first book, translated into the first season, called Game of Thrones. It's an amazingly well put together series, with amazing acting, costume design, set design, etc. EVERYTHING is awesome on the show. Its a loyal translation from an amazing book series. I'm probably going to draw more characters from the series in the future. 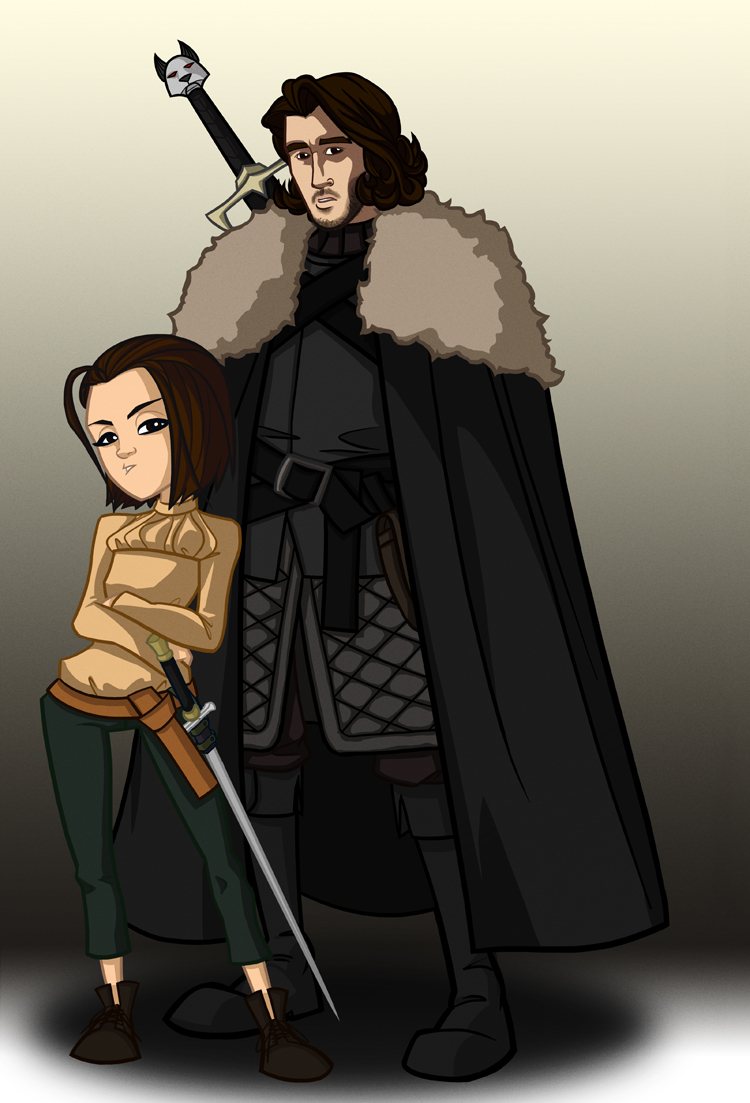 Seems to me that compared to my fellow workers, i'm a novice at life... And i must admit, my mother sheltered the hell out of my and my siblings... And it almost seems like an injustice, but ultimately, i guess its it depends on the point of view. I learned a lot this year that could have been learned 6-7 years ago. But, I feel wiser for it, but in my laughable wisdom, i know its folly to call myself wise at all.

Life lesson or career lesson, i'm taking this year with me to be one of the pillars for the journey ahead. I don't want to be all talk though, career wise, all the projects me and the team has worked on for the past year will be COMING OUT SOON! And i cannot wait for everyone and their grand mom to see what we've done. It's truely an exciting time ahead!

Cody Smallwood said…
I imagine Brienne way thicker, more muscular even. I know the show's not going to portray her that way but Jaime mentions several times that she's stronger than him and in rare company (ie the Cleganes, The Sword of Morning, Robert Baratheon).

Danny Mak said…
yea. i know what she's described as. There really isn't anything in the image that you can compare her size too, but when i do a line up of all the characters i'm going to do, you'll see she's a lot bigger. I never took her for bulky though. She's always seemed lean to me in my minds eye, almost like a tall basketball player.

Plus, i think Jaime only said those things because he was weak at the time, in the Brienne Chapters, she mentions multiple times that Jaime in his prime could easily beat her and anyone if he wanted.
August 9, 2011 at 7:49 PM